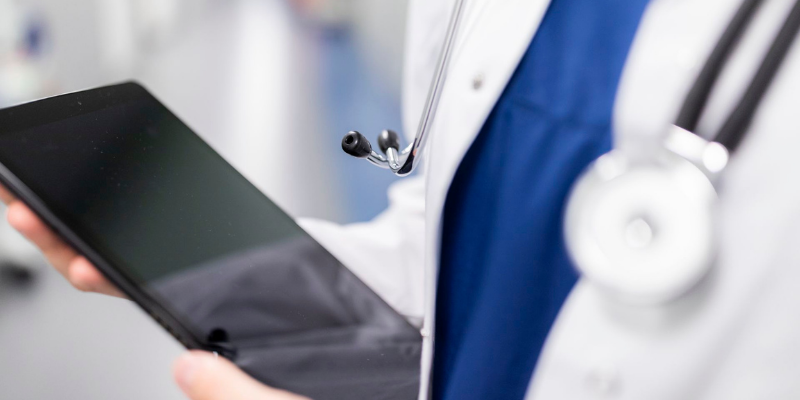 Proved to be the best

At the moment Esko Patient Information System is implemented by more than 10,000 care work professionals. User studies repeatedly evaluate Esko as the best patient information system in Finland. Esko was found to be the best system in its category in a study on patient information systems as a doctor’s tool in 2010, 2014, 2017 and 2021 as well as the best data management system in a study carried out among nurses by the Finnish Institute for Health and Welfare (THL) in 2020.

Study on Patient Information Systems as a Doctor’s Tool

The study on patient information systems as a doctor’s tool took place for the fourth time with the research team comprising of researchers from Aalto University, Oulu University, the Finnish Institute for Health and Welfare, and the Finnish Medical Association.

In the study, Esko was evaluated as the best patient information system in the hospital sector by all of its features measured in the study. These included technical performance, usability, cooperation and flow of information.

Users gave Esko the school mark of 8.7 thus raising Esko clearly the best patient data system in the study. Esko was evaluated as the best system also in the respective study in 2017.

Compared to the previous score, Esko increased its lead: in 2017 Esko’s scored 7.6 and the runner-up 7.4. In the currently published material, Esko was given the mark of 8.7 and the runner-up system 7.7 respectively. 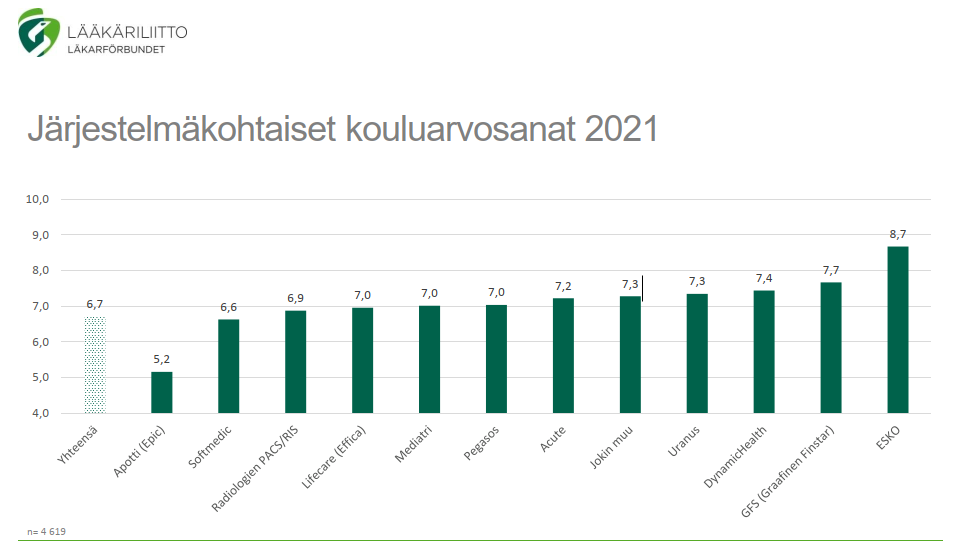 Additional information about the study (in Finnish): https://www.laakariliitto.fi/uutiset/ajankohtaista/tutkimus-laakarien-kokemuksista-potilastietojarjestelmissa-on-edelleen-kehitettavaa/

The Finnish Institute for Health and Welfare rated Esko as the best information system in the public hospital category of a study carried out among nurses in 2020.

In the study on information systems supporting the work of nurses in various work environments (Tietojärjestelmät sairaanhoitajien työn tukena eri toimintaympäristöissä: kokemuksia tuotemerkeittäin in Finnish) by the Finnish Institute for Health and Welfare, Esko Patient Information System was considered the most efficient tool for supporting in-house communication and the easiest, most reliable and fastest system for routine tasks.

The questionnaire was carried out in spring 2020 and it was responded by 3912 nurses of which most worked in a public hospital, health centre, in the social welfare field or the private sector setting. In the school mark evaluations, Esko was rated by far the best system with its mark of 8.2 for the public hospital environment. In that category the marks ranged between 5.6 and 8.2. No other system but Esko scored 8 or higher. 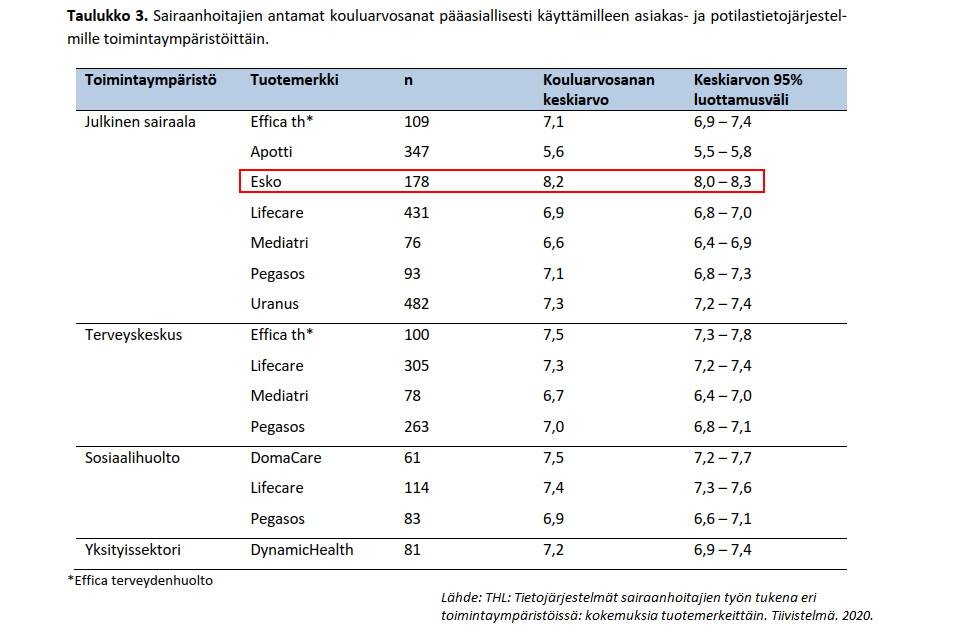 Link to the study (in English): https://journal.fi/finjehew/article/view/95704

Esko has been developed from the very beginning in collaboration with its users. Constant dialogue with healthcare and social welfare professionals lies in the core of the system development and ensure high user satisfaction.

Would you like to hear more about the Esko System and its possibilities? Call us or leave a message on the contact page.